From April 7 to 9, participants of the corporate management tour visited 9 companies in Paris! 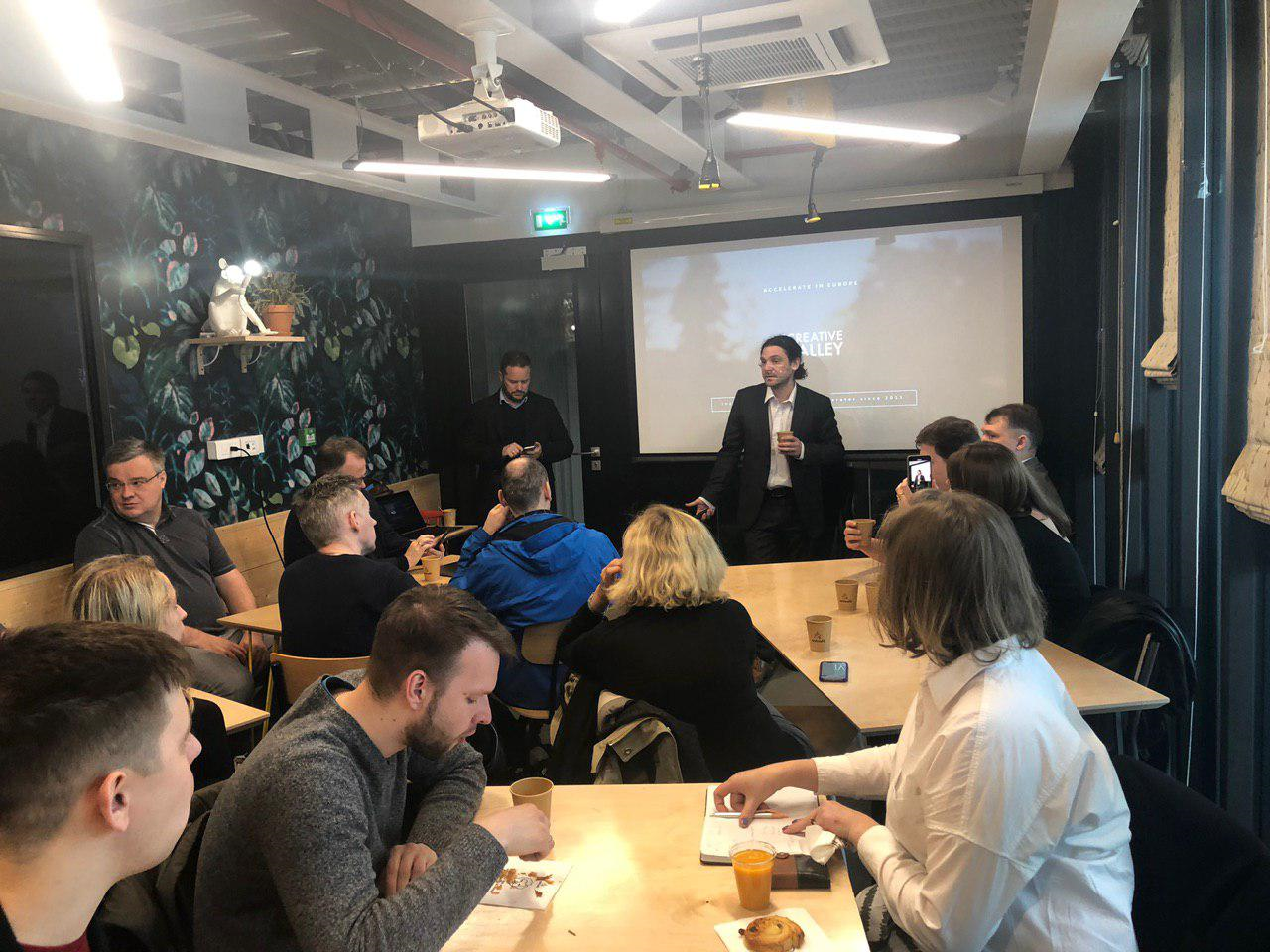 In the company office


The tour started with the dinner with the international development director of the company Orange Fab France. It was a bright opening of the tour. A little more about the company: Orange Fab France is a platform that selects promising startups and several times a year offers them programs to stimulate growth and improve management.

The initial goal was to establish a commercial partnership with the lines of the Orange market and the lines of partners of major groups both in France and abroad. Launched in 2013, the accelerator today manages 17 startup development programs on 4 continents. This allows startups to have access to national and international markets for launching and internationalizing products or services in collaboration with Orange.

The duration of the acceleration program in Orange Fab France is 13 weeks. 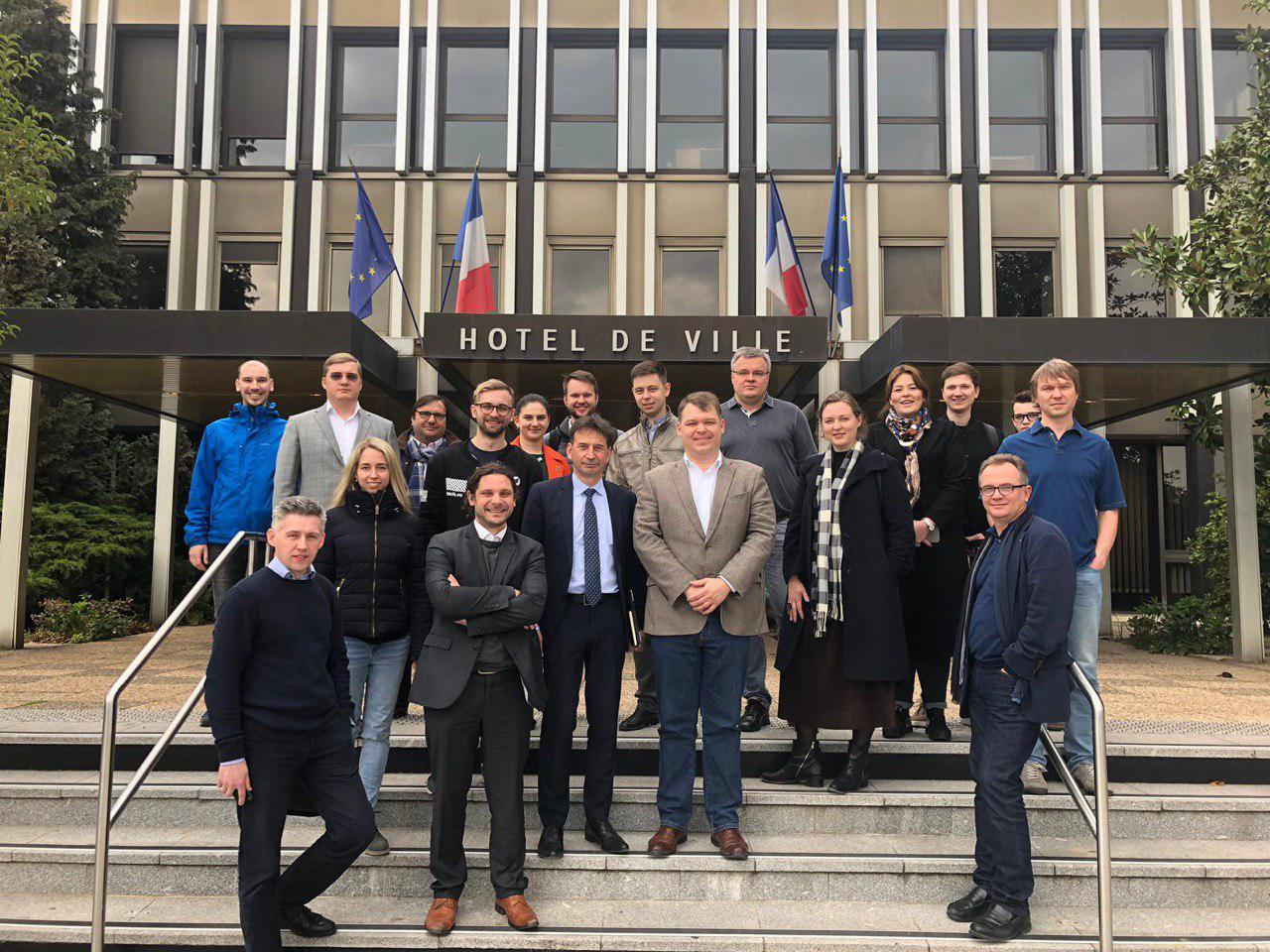 Creative Valley is a network of startup incubators that has already launched more than 100 projects in 11 areas (VR, Smart Cities, eHealth, AI). New teams with innovation projects have chance to collaborate with large companies directly. Also startups are offered an incubation program with various trainings and seminars.

Creative Valley is a partner of more than 20 schools and universities, which employ about 40 startups.

Since 2011, 4 creative centers and 10 new centers have been opened. Events are planned for every week. The speakers are guest business experts and members of the Creative Valley team. More than 20 school and university partners in France and other countries. More than 11 areas of business expertise (Fashion Tech, AI, Robotics, VR, eHealth, Smart Cities, Food & Ag Tech). More than 100 projects were launched in all areas of activity.

If you want to share knowledge effectively and be at the center of innovation, join with those who built the companies and create an accelerator. 50 top managers from France did that and named their community «50 Partners». “Today at the meeting I felt how correct this approach is. No more meaningless conferences with talking heads! It's time to do business, ”- says Alesia Glushchuk, managing partner of FastForward. 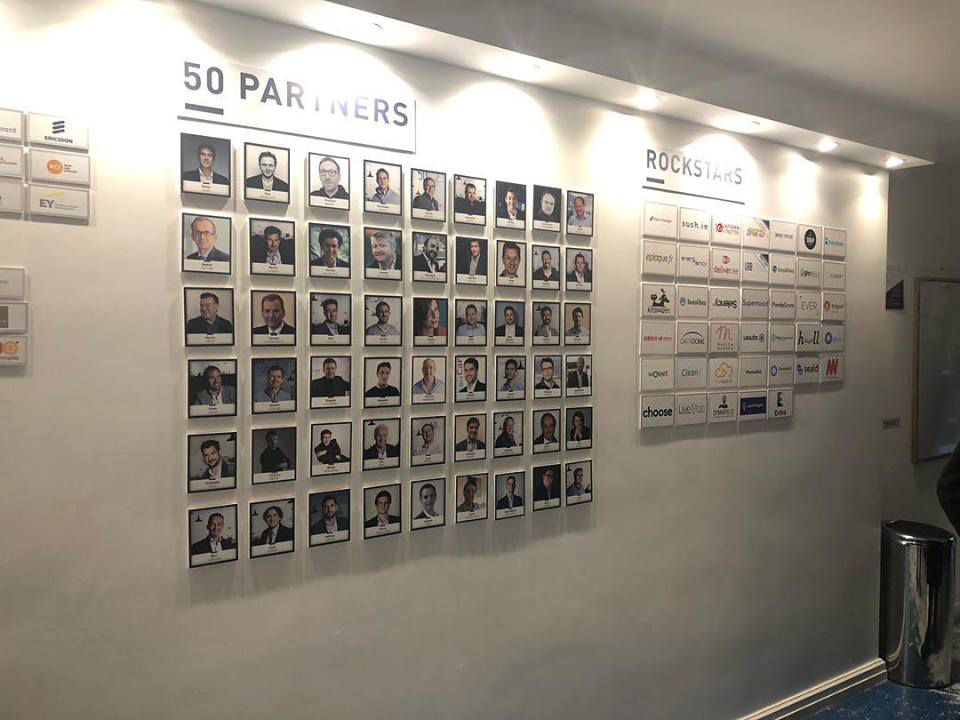 50 Partners is a French accelerator, founded by 50 successful start-up entrepreneurs. The organization provides co-founders with mentoring, offices and network connections to influence the development of technical projects at early stages. 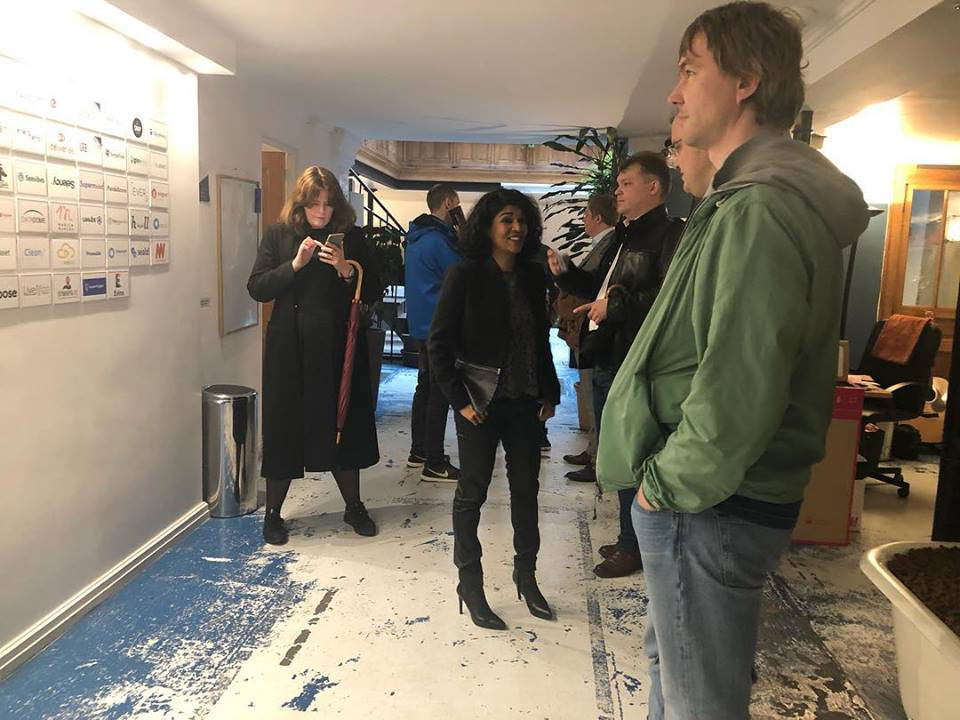 Group is waiting for a new meeting

This business school decided to provide few innovations to confirm the status of Europe's leading educational institution in the field of entrepreneurship and digital innovations. The result is obvious: 65 startups in a business incubator, 3 research laboratories, 9 specialties, a car and dozens of corporate partners and sponsors.

The Family is the "sunday school" for entrepreneurs, fully adapted to the French market.

The Family has one of the most attractive webpages that any entrepreneur can appreciate. This Paris-based accelerator offers a “sunday school” for entrepreneurs and a special program for creating a European startup. What worked well in the Silicon Valley may not be a success in Paris, so this accelerator targets programs to apply within defined region.

Every quarter, about 20 startups join The Family.

Today the company has portfolios of more than 200 active startups in London, Paris and Berlin.

It is worth mentioning that The Family builds similar infrastructure of start-ups in Europe, where it plans to get 5% of shares for free in exchange for support of a startup. 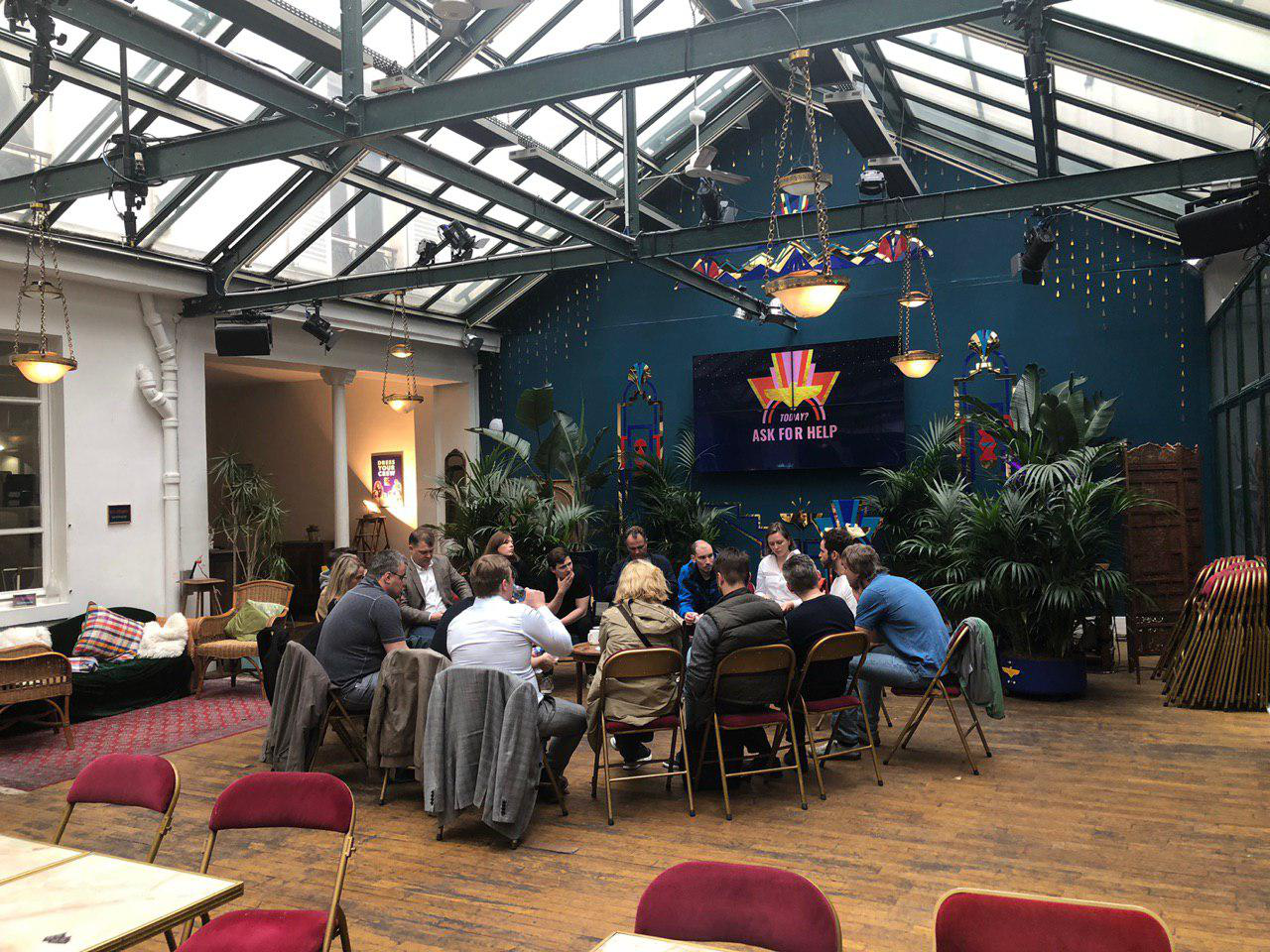 WAI (We Are Innovation) - was created to support all companies that want to innovate, bringing together beginners, ETI customers (medium-sized companies) and large enterprises. For beginners banking support in France, WAI Banking and abroad (WAI International) is provided by specialized and trained teams. Since 2012, 16 WAI offices have been deployed in France. The network is constantly expanding and now contains more than 40 new points in France.

Since the initiators of start-ups need to raise funds and increase their capital, the company has investment initiatives in funds of initial and venture capital, as well as in  WAI venture capital fund in a subsidiary of BNP Paribas Development. During last 3 years, 74 startups have been launched.

WILCO Retail was originally founded as the Scientipôle Initiative in 2001  as a non-profit organization to support the creation of young innovative technology enterprises in the "Plateau de Saclay" (south of Paris).

Due to successful public / private business model (Council of the Paris region / Caisse des Dépôts + 35 corporate partners), WILCO is the only startup accelerator in Europe offering:

After so much knowledge acquired and innovations seen accompanied with constant generation of new ideas and unbearable thirst for new projects our brains seemed to reach their boiling point.

During this final day of the trip, the tour participants twice suffered the shock associated with Silicon Valley in French.

The first impression of the day was the visit to the University of Paris-Saclay. 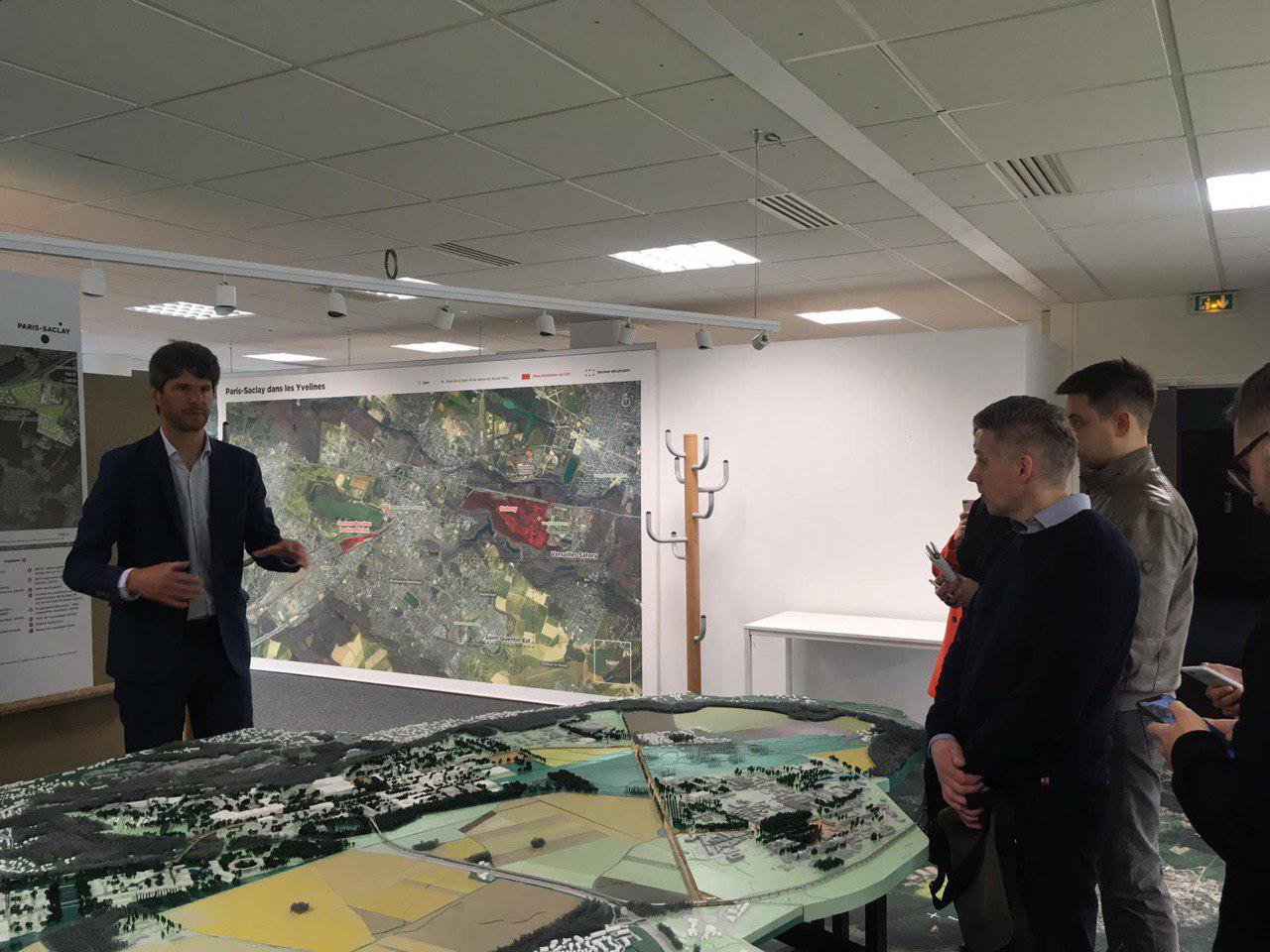 The University of Paris-Saclay has already been named one of the most ambitious projects in Europe - the “French Silicon Valley”. According to Dominique Vernet, Chairman of the Board of the Paris-Saclay Foundation, Paris-Saclay should become one of the best multi-disciplinary universities in Europe and raise France’s level in the global ranking of universities ("The Local"). Leading architects and architects from around the world, including So Fujimoto, took part in the process of construction of the campus. The total area of all the buildings in Paris-Saclay will exceed 1.3 million square meters. By 2020 investments in the project will reach 2.2 billion euros by 2020.

Colleagues have opened a crack in the door: we discovered for ourselves stages  of project development in  Deeptech, modern challenges in the field of artificial intelligence, creation of robots and autonomous machines.

The second impression was caused by the gods in the field of 3D design: Dassault Systèmes. The company implements the 3D experience principle and provides different companies with a virtual environment for creating sustainable innovations. 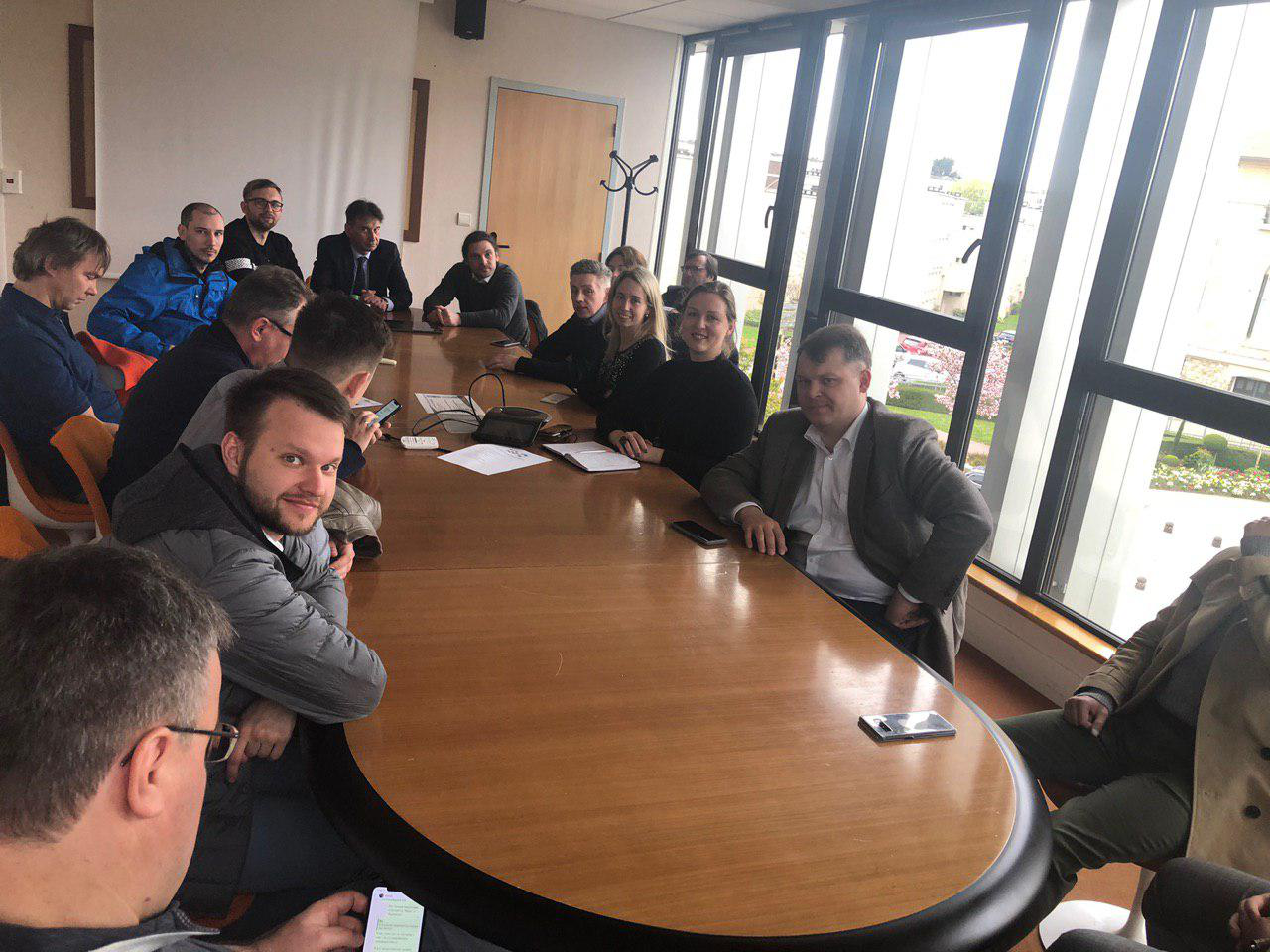 One of our principles is that we help our participants not only discover all the innovations of companies, but also enjoy the cultural heritage and features of the country.

Need impressions but short of time? Visit the Palace at Versailles!

The Palace at Versailles housed kings and queens of France . It was the place for important government meetings, diplomatic negotiations and even decisions to start  or end the war.

Beautiful, neat and masterfully planned city became an example for many European cities. It is worth noting that the architects involved in the construction of the first buildings in Washington were inspired by the work of their colleagues from France.

The Palace at Versailles has about 700 rooms. The Mirror Hall is a particularly famous place. It was usual place for high-level meetings, at the same time served as a big ball room. The silver throne of the monarch has always been the center of everything happening around.. 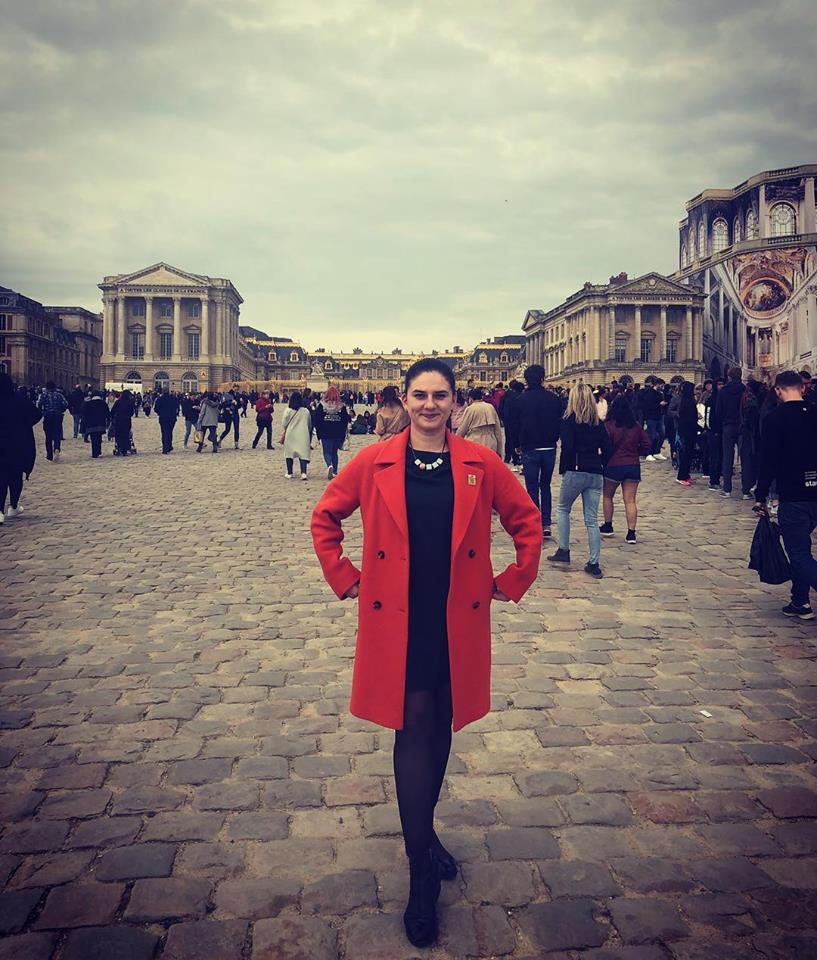 Join FastForward management tours and get a unique experience from industry leaders!

Participants’ impressions of previous management tours:
Having already taken part in educational tours, these people are happy to share their knowledge and impressions. 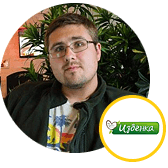 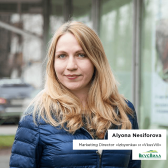