As part of the business tour focused on HR management, which took place this June in San Francisco and Los Angeles, the participants learned much about the new exiting HR trends and visited several major companies to study their advanced experience. 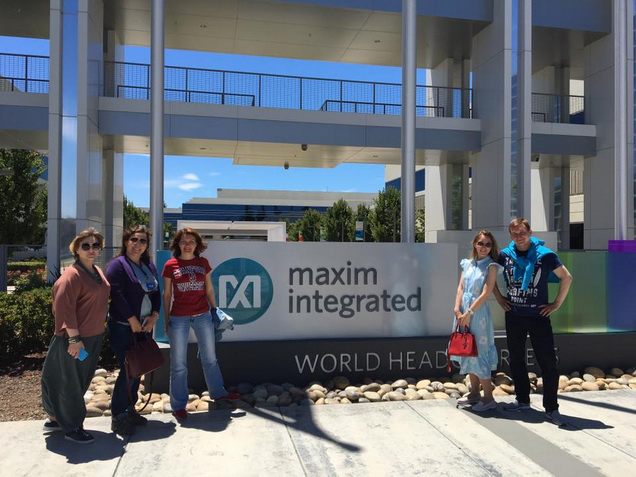 The greater part of the visit was spent learning about Silicon Valley businesses.

Silicon Valley is a universally acknowledged world capital of technology. It gained such a status thanks to thanks to the US government and numerous sponsors actively investing in start-ups (as well as incubators and accelerators helping new businesses grow), the laws of California (which prohibit companies from forcing their employees to stay and keep information secret after they leave), and the presence of Stanford University, the motherlode of innovation and alma mater of many founders of large corporations. 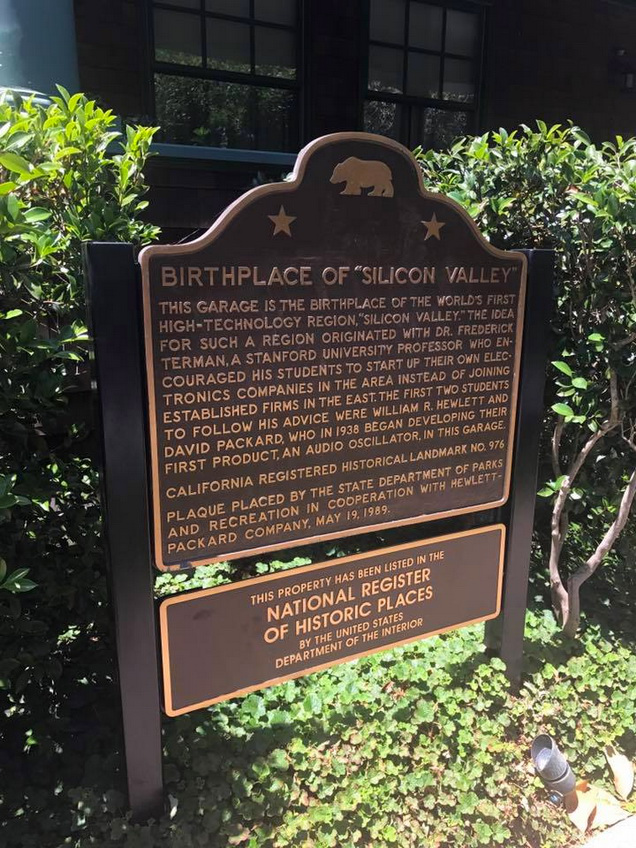 Let’s start with Maxim Integrated, one of the top 25 manufacturers and developers of microchips and microchip-based systems. The company is engaged in the automotive industry, industrial solutions, healthcare, mobile devices and cloud computing.

As of June 2017, Maxim Integrated employed more than 7,000 professionals in the fields of development (the company owns a network of research centres in more than 50 countries worldwide) and semiconductor manufacture (at the company’s seven microchip factories). In 2015, Maxim Integrated had a turnover of 2.3 billion US dollars.

Moving on to the next stop on our tour, we visited Stanford University. The world-famous institution runs over 5,000 research projects sponsored by investors and benefactors. This was the place where self-cooling solar cells were developed. Moreover, the university houses the SLAC National Accelerator Laboratory with a two-mile underground accelerator. It is the longest linear accelerator in the world. More than 50 professors at Stanford were awarded the Nobel Prize. The university is also home to the Cantor Arts Centre with its 24 art galleries, sculpture gardens, and terraces. 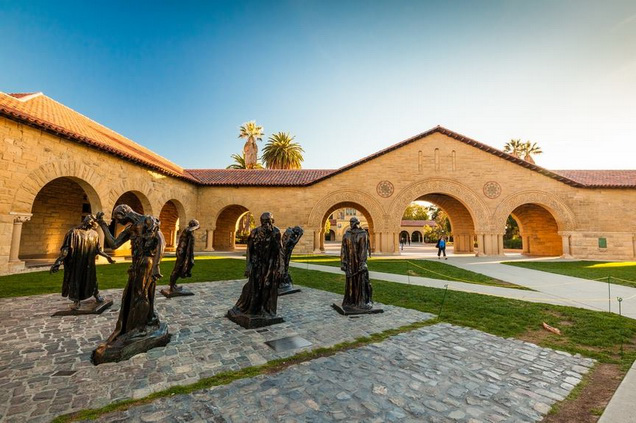 Stanford University is also famous for its deep connection to everything that happens in Silicon Valley, as numerous companies including Apple, Google, Facebook, Cisco, eBay, Hewlett-Packard, Adobe, and Yahoo have their headquarters here. Naturally, the tour participants were deeply impressed with Google. The tech giant’s tremendous success is nothing short of astonishing. Not only is Google the most valuable business in the US as of 2016, it boasts many other impressive results: 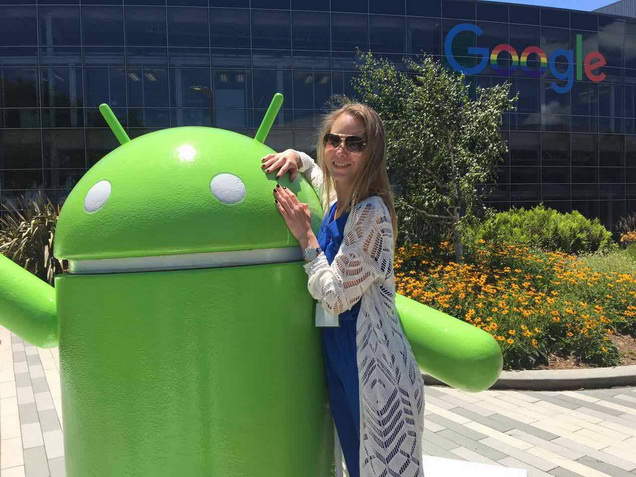 After visiting Google, one starts to think that the future belongs to scientists and inventors. The boundaries between different specialties and fields are disappearing. Soon, the market will be taken over by a new generation of multidisciplinary professionals.

Google is not perfect, however, especially when viewed through the lens of a different culture. We’ve been taught that work and personal life should be kept separate and neither should overshadow the other. Google employees do not keep the balance. At the company, work and personal life mix and merge. According to one of the tour participants, “Google employees work even as they drive to the office in a corporate bus, because it has tables and Wi-Fi”.

“Most employees have breakfast at Google as well, because the food at the company’s cafeteria is abundant, delicious, and free, and one doesn’t have to bother with cooking. If you miss your family or your precious dog, you can take them with you. There are special buses for Google employees who have dogs,” added the tour participant. Work and personal life are not separated at Google, which won’t suit everyone, least of all people in post-Soviet countries who treat their job as a “necessary evil” one has to bear to earn money and not think about 24/7.

Moreover, Google employees are not paid as much as you might think. At least in America, 90% of businesses in the IT sector pay their employees as much as Google does. A Googler’s average salary is 150,000 dollars a year. A big data analyst or machine-learning specialist earns 250,000 dollars a year. These figures may look impressive, but in fact, Googlers use up to 50% of their salary to pay taxes. Additionally, accommodation in Silicon Valley is extremely expensive. Healthcare, sports, kindergartens, and public transport are not cheap either.

Next stop on our itinerary was yet another company with a unique HR experience. It has been eight years since Invitae was a fledgling start-up, and the company used this time to get a firm foothold on the market. Invitae analyses DNA to diagnose diseases and determine whether a patient's relatives are likely to develop the same condition and offers treatment (including preventative measures) accordingly.

The company has made numerous technological breakthroughs and introduced many innovations thanks to which its products are head and shoulders above the competition. The diagnostic assessment at Invitae is quicker, more accurate, and cheaper. If it weren’t for the American insurance companies and their unreasonable requirements, the diagnostic assessment would have been twice cheaper even today. The standard complete DNA analysis costs about 400 dollars at Invitae, while the company’s competitors charge several thousand dollars and produce less accurate results.

Currently, Invitae employs 400 people in the US alone. How did the company manage to pull through several crises and keep growing while simultaneously adjusting to drastic changes in its industry?

The tour participants posed this question to the talented developer and founder of Invitae. His answer was simple: it all boils down to the company’s culture. Invitae takes corporate culture very seriously, puts a lot of effort in its development, and honestly strives for improvement. The company rejected the hierarchic organisation design, because if a single person has all the power and resources, others tend to achieve his or her goals and not those of the organisation (which are always different in a hierarchic model). When everyone is trying to get closer to the sun, teamwork is out of the question.

Invitae has a unique tool in place, which measures the connections within the organisation and helps employees evaluate each other’s performance. Connections are analysed based on email, corporate chatrooms (where content is analysed by AI), scheduled meetings, and employee feedback. Results are presented as a map, where the role and importance of every employee is clearly defined. Using this map, one can determine how much influence each person has. For instance, a university graduate became such an influential employee in a year that she received several pay raises, unlike those who stayed away from the system despite their experience and competence.

Moreover, Invitae believes that leadership is based on trust. Only a trusted manager may lead a team or project. If employees don’t trust a leader, he or she must step down. Those who lag behind in trust evaluations are let go, quickly and amicably. Invitae employees rarely resign voluntarily.

On the second to last day of the tour, the participants visited the successfully growing start-up Plaid, where they discussed how team members change as the company matures, what methods are used to retain employees, and how corporate culture and ethics should be built.

To continue their study of the Silicon Valley phenomenon, the tour participants visited 500 Startups, one of the Valley’s most prominent startup accelerators and venture funds, which has been selecting and supporting startups at the seeding stage for seven years. The company invests the same amount of money in each start-up and then observes their development and growth. Nevertheless, many first-time entrepreneurs fail to get their business of the ground.

Furthermore, 500 Startups provides training for start-up executives and employees as well as helps them find clients and meet other owners of successful young companies. Perhaps not surprisingly, only one in every 30 to 50 startups actually becomes successful. Nevertheless, such a rate is enough for 500 Startups to keep investing in fledgling businesses.

The accelerator chooses the start-ups to support depending on how tight-knit and well-coordinated their teams are. Even if the owner of a budding business has an amazing idea, they won’t be supported by 500 Startups if their team is not up to scratch. Executives at the accelerator believe that while a bad idea can be improved, it is impossible to remould employees. This is yet another proof that luck, market niche or strategy are far less important than people are. 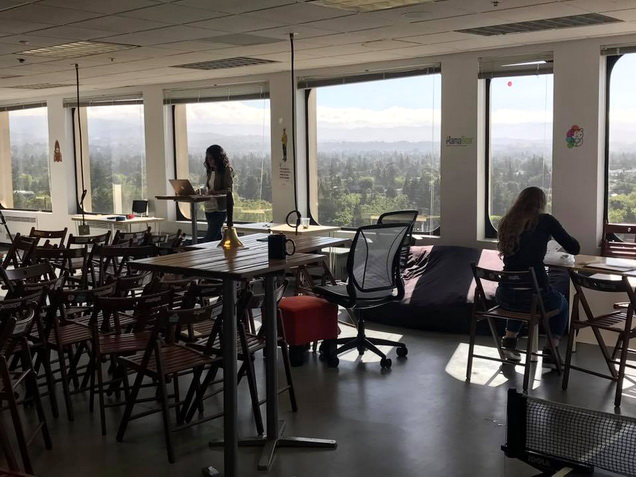 In the last few years, online learning has become extremely popular in developed countries. Unfortunately, in the Third World, Coursera certificates are considered worthless, as many people prefer to get a diploma at a prestigious university, even though a diploma is usually the only thing such institutions can offer. American employers expect to see online course certificates in a job applicant’s résumé. Why? Firstly, most employers now know that such courses provide efficient quality education. Secondly, such certificates show that a job applicant is motivated and diligent enough to continue his or her own professional development and solve work-related problems more effectively. 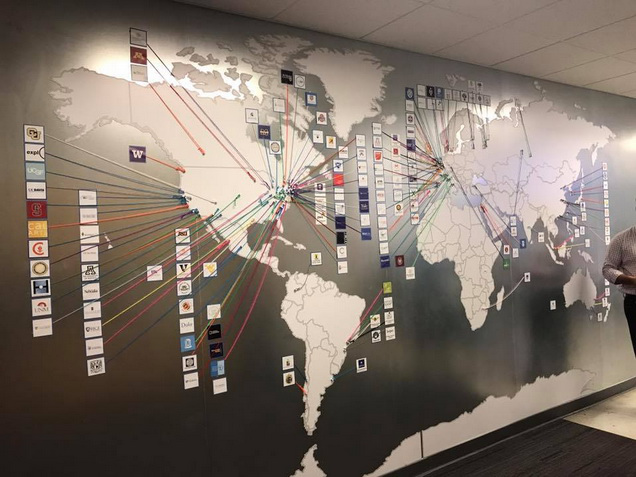 Americans have successfully proven that if an online course is arranged appropriately, it works better than full-time university programs in terms of efficiency and skill retention. Here are some of the reasons why:

The business tour wrapped up after a sightseeing visit to Las Vegas. Having learned so much about the world’s leading companies, the participants are now ready to put their newfound knowledge to practice at their own organisations.

The tour participants learned the secrets of some of the world’s largest companies first-hand.