Book a place
2022
Instead of learning them in theory, see the world’s best business practices in action!
Who will benefit from this tour?
This tour will suit anyone whose business is associated with retail. You will learn about innovations in foodtech, see the innovative retail giants and the largest delivery services in the U.S. in action, and you will be able to implement all the tools you’ll receive on the tour in your own company. 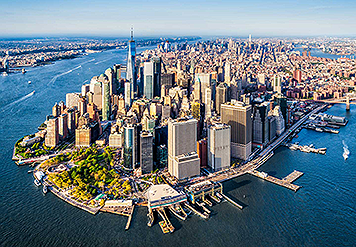 The group arrives in New York

Transfer to the hotel

A sightseeing tour of New York
During the tour, you will see the main symbols of New York: the Statue of Liberty, Wall Street, the Charging Bull, Broadway, and the National September 11 Memorial. Then, you will take a ferry to the Statue of Liberty, a gift from France to New York designed by the sculptor Frédéric Bartholdi and built using the metal framework by the engineer Gustave Eiffel. Next stop on the tour is the nearby Ellis Island. Refugees called it “the Island of Tears”, since it used to be the site of the immigrant sorting centre. You will discover the secrets behind the famous Wall Street and see the statue of the Charging Bull that symbolises success. You will enter the neo-Gothic Holy Trinity Church, walk along the Broadway, and see the National September 11 Memorial. 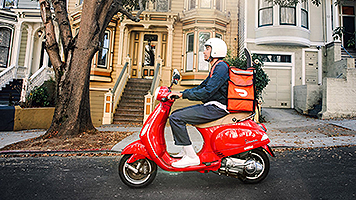 Line of business: food delivery
DoorDash is an American ready-to-order delivery service founded by four students in Palo Alto, USA in 2013. Today, it operates in more than 4,000 cities in the US and Canada, offering deliveries from 340,000 locations. The company is valued at USD 16 billion, having overtaken Grubhub and Uber Eats in 2019 to become the largest delivery service in the United States. DoorDash held an initial public offering on 9 December 2020. DoorDash innovates products and services that foster local commerce and empowerment, including deliveries, customers, and vendors. Its value proposition for restaurants, DoorDash says, is that 92% of orders come from brand new customers, and deliveries are made within 37 minutes on average. 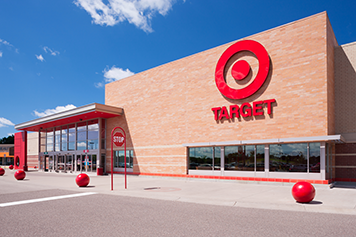 Line of business: retail
Target is an American company that operates a chain of retail stores under the Target and SuperTarget brands. It is the sixth largest retailer in the United States, behind Wal-Mart, Home Depot, Kroger, Sears, and Costco, and is ranked 39th on the 2018 Fortune 500 list of largest businesses. The chain is also the third largest seller of music in the United States. Its income was USD 75.36 billion in 2019. In 2012, Apple Inc. signed a contract to open 25 separate convenience stores in Target supermarkets to offer a full range of Apple products and the services of an in-house consultant. In addition, popular Apple products such as iPhone, iPad, and iPod have been selling in all Target stores for many years. At the moment, the company owns 1,801 stores of various formats, including the Target discount stores, the SuperTarget mega-markets, and the small neighbourhood stores CityTarget and TargetExpress. The company’s turnover is USD 726 billion.

Line of business: retail
Whole Foods Market is an American supermarket chain specialising in organic food without artificial preservatives, colours, flavour enhancers, sweeteners, or trans fats. In January 2018, the chain had 479 stores in North America and the UK. On August 23, 2017, it was announced that the US Federal Trade Commission had approved the merger of Amazon.com and Whole Foods Market. The deal was closed on 28 August 2017. The company purchases products from local, regional, and international wholesalers. Procurement usually takes place at the regional and national levels in order to negotiate discounts with major suppliers and distributors. Some stores even have an employee known as a “forager,” whose sole responsibility is to find local produce for each store. 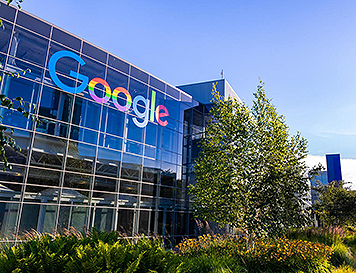 Role: Professor at Berkeley
Speaker Naeem Zafar is a professor at the University of Berkeley and a Plug and Play mentor who can easily navigate current trends and innovations, including self-management work styles, which he can share during his lecture. Plug and Play is a global technology centre created to find, select, and accelerate successful growth of promising high-tech companies. Plug and Play Tech Center is a community of more than 300 start-ups, 180 venture capital funds, and dozens of leading universities and corporations. Many businesses including Dropbox, PayPal, and Google began like all start-ups and grew to become international giants thanks to the Plug and Play programme.

Line of business: Internet and technology
Google Inc. is an American transnational public corporation reorganized on October 2, 2015 into the international conglomerate Alphabet Inc., a company within the Alphabet holding that invests in Internet search, cloud computing, and advertising technologies. Google maintains and develops a range of Internet services and products and generates revenue primarily from advertising through its AdWords programme. Google’s online products include Gmail and the social network Google+. The company also has desktop products such as Google Chrome, the image viewer Picasa, and Hangouts. In addition, Google is developing the Android mobile operating system, which is used on a large number of smartphones, as well as Google Chrome OS and Google Glass. According to BrandZ, Google is the most powerful brand in the world, and according to Brand-Finance, it was the most valuable brand in the world in 2011. The company’s headquarters are located in Palo Alto, California.

Line of business: education
Stanford University is one of the most reputable and highly rated private universities in the United States and the world. Located near the city of Palo Alto, Stanford admits approximately 6,700 undergraduate and 8,000 graduate students from the United States and around the world annually. It includes a number of schools like Stanford Graduate School of Business and research centres like CCRMA. Stanford is located in Silicon Valley. Its alumni have founded such businesses as Hewlett-Packard, Electronic Arts, Sun Microsystems, Nvidia, Yahoo!, CiscoSystems, Silicon Graphics, and Google. The university also built a science and technology park called Stanford Research Park. In 2011, Stanford University was ranked second in the Academic Ranking of World Universities and fifth America’s Top Colleges list by Forbes. 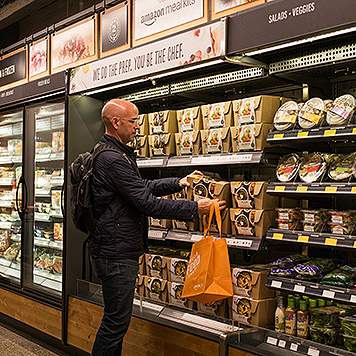 Line of business: retail
Trader Joe’s is a private American supermarket chain headquartered in Monrovia. In April 22, 2015, the chain had 457 stores, about half of them in California. Trader Joe's stores are also located in 40 other US states and the District of Columbia. It is the largest organic and fresh food chain in the United States. The company was founded in 1958 by Joe Columbus (1930– 2020), who owned it until 1978, when it was bought out by Aldi Nord founder Theo Albrecht. In addition to California, Trader Joe's is also based in Boston, Massachusetts.

Line of business: retail
Amazon is the largest and most popular online store on the planet. Its users make 4 to 5 million purchases every day. Amazon is one of three companies in the world, along with Apple and Microsoft, whose capitalization exceeds USD 1 trillion. Amazon Go is a chain of stores in the United States, operated by Amazon. In 2020, the company had 26 stores open in Seattle, Chicago, San Francisco, and New York. Amazon has recently put its idea of a “shop without staff” into practice. Now, customers can pay for their purchases using motion sensors, cameras, and smart scales. . 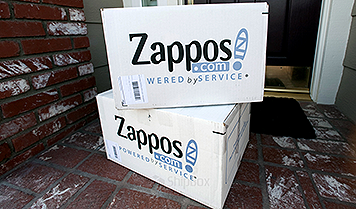 Line of business: online retail
Zappos is an online shoe store that has grown from an office in its owner’s bedroom to a multi-billion dollar corporation in 10 years. It is considered a business with the best corporate culture in the world. When they want to describe a style of business based on a powerful corporate culture, Western executives and managers often say “Zappos-like” or “Zappos-style”. In just a few years, Zappos was able to become the leader of its market, and its corporate culture played a decisive role in it. Its philosophy is followed by all its employees, from the CEO to technical support. Zappos used many tricks to make friends with its customers, tricks that other online retailers literally laughed at. In the US, the company offers free shipping both ways. Customers can change shoes for free if they are not to their liking or do not fit. Moreover, a purchase can be returned within 365 days. The company has a free round-the-clock call centre. The company’s warehouse works around the clock. This makes for one extra day in shoe delivery speed. The company does not have a list of standard phrases call centre operators can use. The longest conversation with a customer lasted six hours. If Zappos has no shoes of the type or size the customer wants in stock, call centre operators are required to direct the customer to a competitor’s website.

Lunch and wrap-up of the tour 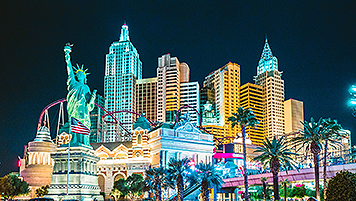 A sightseeing tour of Las Vegas
Known for its surreal landscapes, Death Valley is the driest, hottest, and lowest point in the Western Hemisphere. You will ride along a riverbed carved out of the rock by torrential streams, visit ghost towns where Hollywood films are often shot, and, of course, stop at the most picturesque places in the valley. Zabriskie Point, Dante’s View, Artist’s Palette, an area of unique sand dunes and much more await you.

Small changes to the programme and visits to alternative businesses are possible due to scheduling conflicts and the human factor. We may also adapt the schedule to suit your wishes and needs.
What will you get from participation?
1
Learn about technological innovations in the food tech industry.
2
Get a tremendous charge of new breakthrough ideas for business development.
3
Learn in practice effective management approaches.
4
Meet a unique community of entrepreneurs.
5
Find out the real reason for the success of the world's leading companies.
6
You will be able to learn from the experience of the best.
Cost

The cost of the program includes:

The cost of the program does NOT include:

Find out the cost
Since 2006, FastForward has been conducting management tours in Europe
Each visit is a charge of innovative breakthrough ideas and positive emotions! This is how it was last time:

1/1
Participants' impressions from past management tours to Europe
These people have already been on educational tours and will be happy to share their knowledge and impressions. 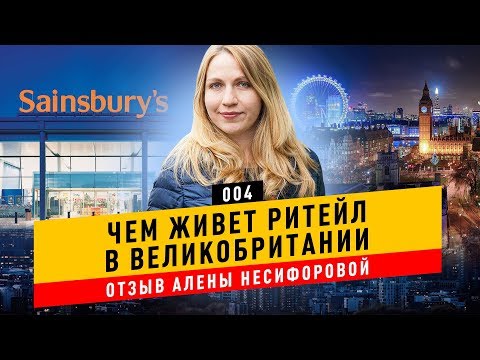 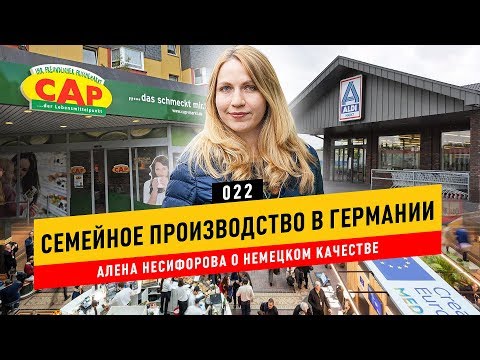 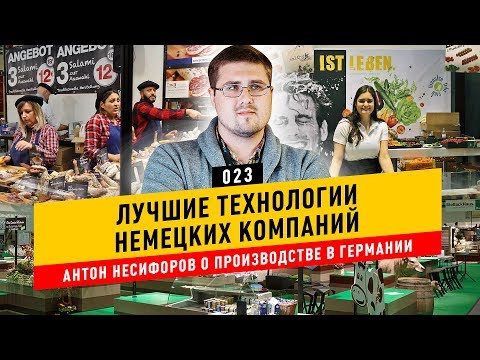 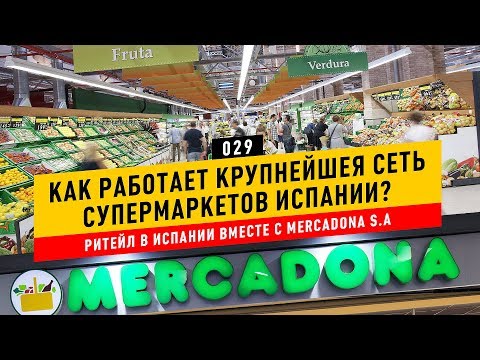 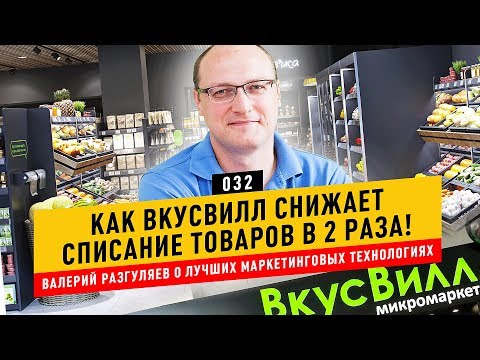